I’ve been out of touch for a few days, mostly due to lack of connection to cell towers and the internet. I led a half-day workshop for the Wings Over the Hills nature festival based in Fredericksburg, Texas, and had a wonderful time. I stayed with wonderful hosts, Susan & Errol Candy, and thoroughly enjoyed my time spent with them. I’ll write more about my Hill Country experiences from where I am in Houston the next few days. For now, I’d like to “virtually” return to the Jones Alta Vista Ranch in Jim Hogg County of south Texas and flaunt some of what’s there on the ranch. Over the past few weeks I’ve guided some photographers there, introducing them to the ranch and introducing the ranch to the photography world. Each photographer who has visited has said they want to return, and we already have reservations booked as far out as 2017! Contact me to schedule a visit there. Here are two photos of male Northern Bobwhites, taken from a sequence of photos of a squabble over a hen (nearby, out of sight). I think you can really see the expressions of their faces reflecting the intensity of the feud. Be sure to click on the photos to see the full images and let me know what you think! 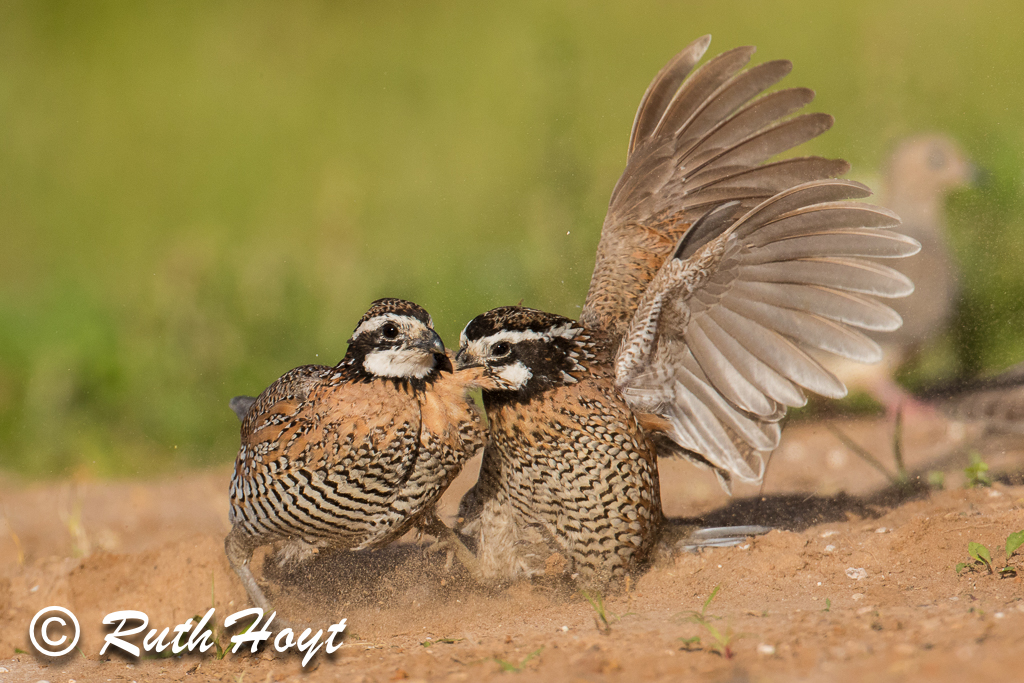 Squabble Over a Hen 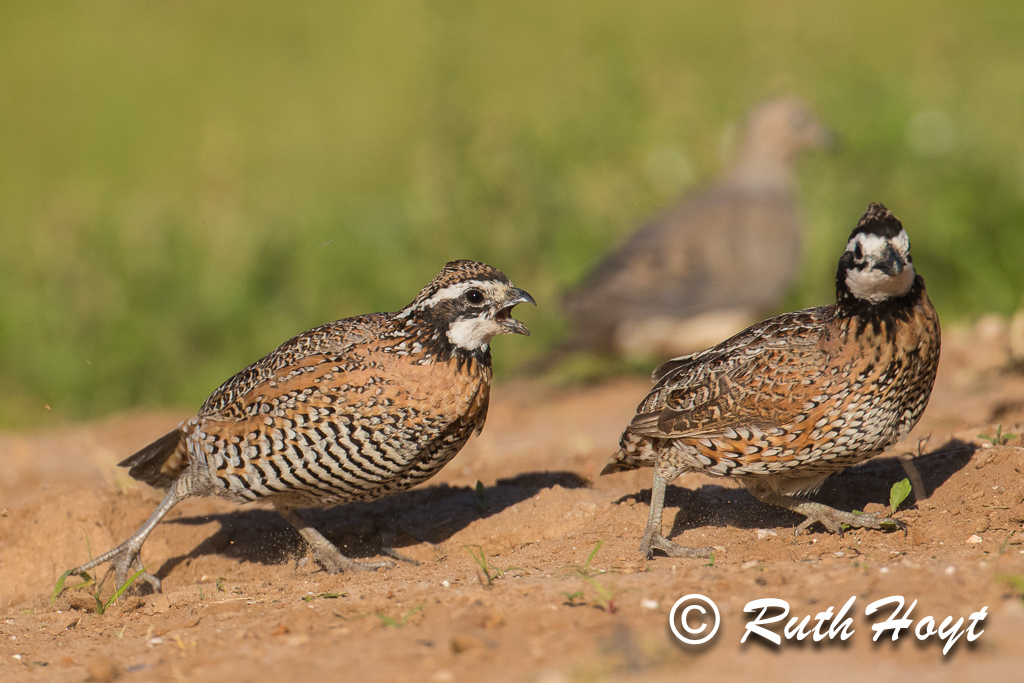 Winner Chases the Loser Away

Prior to my arrival in Texas, I worked mainly on micro/macro photography. Here in Texas I discovered that a constant breeze or wind was the “norm,” a challenge for close-up photographers. I continued what I was doing, but people who were heavily involved in activities involving birds came into my life and my photography took a turn. Nowadays I love taking the opportunity to return to my tiny world when the opportunity presents itself, and that’s what I’ve chosen to share with you today. I was out wandering the beautiful Jones Alta Vista Ranch in Jim Hogg County, Texas, looking for potential perches for birds, when I spied a vine loaded with yellow aphids. I had to stop, pull out my tripod and macro lens and take some time to photograph these tiny creatures. Please be sure to click on the image to reveal the entire image and caption. 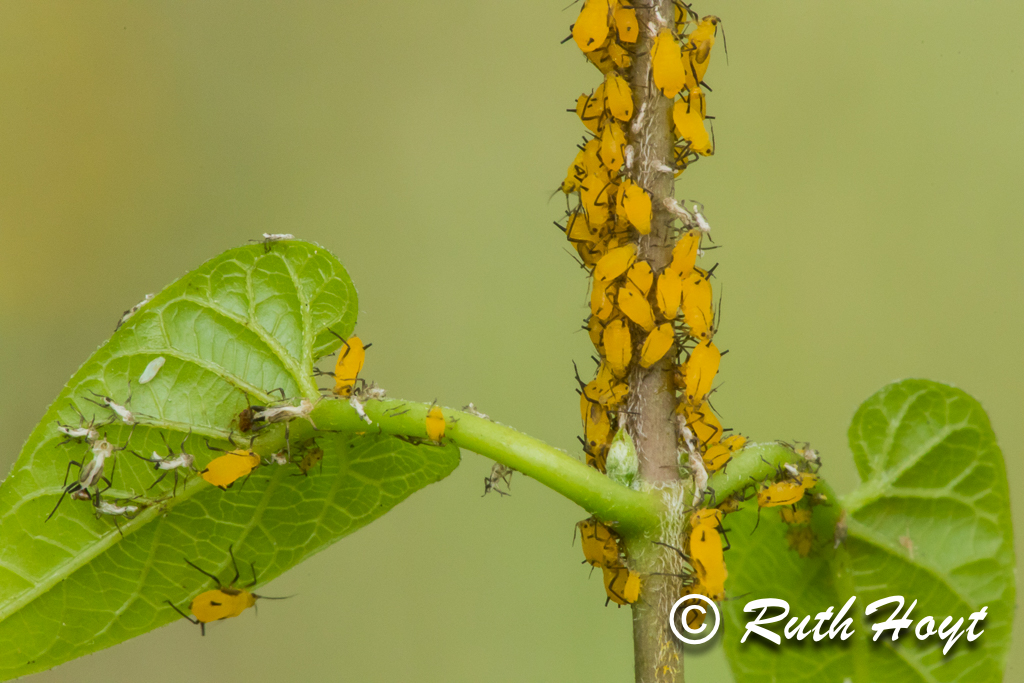 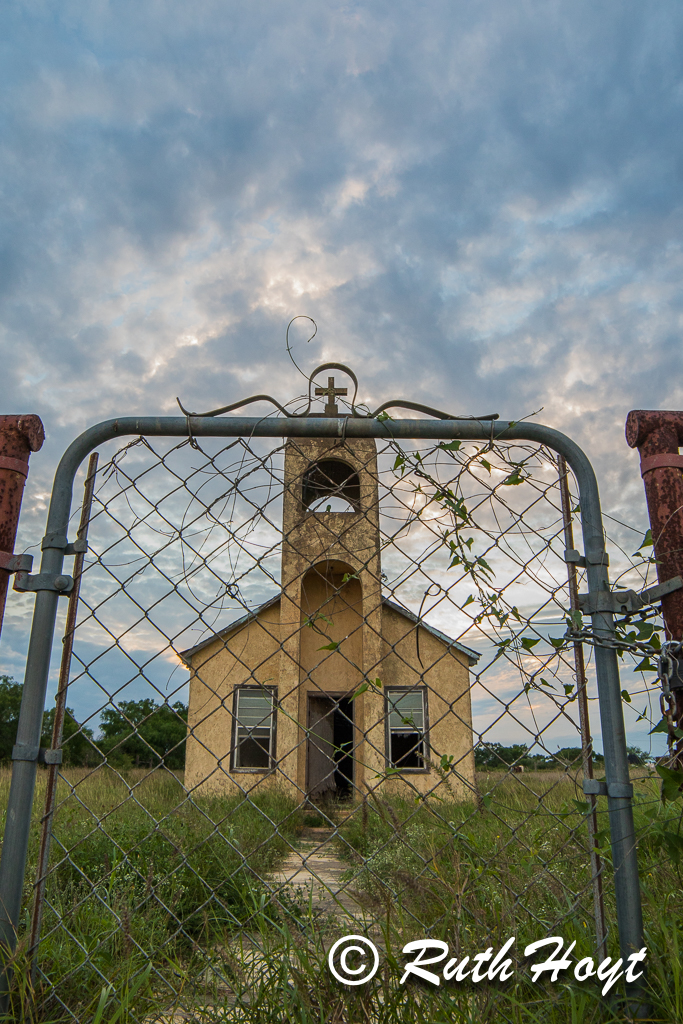